Adolfo Dominguez established his homonymous fashion brand in the late 1970s inspired by the new wave of Japanese designers he had encountered in Paris. The fashion designer became a household name and changed the way Spanish society dressed in the 1980s. Design, innovation and forward thinking are the main traits of the designer from Galicia, and hence his signature fashion brand.

Today, ADOLFO DOMINGUEZ is a global fashion player with over 500 outlets worldwide and a successful online strategy. It is a consolidated fashion company credited for being the first company to achieve key milestones in the Spanish fashion design sector. Among these highlighted are, being the first Spanish designer to apply his signature in a perfume line (with Spanish group PUIG, currently key shareholders in the fashion company) or the first Spanish fashion business to go public (Madrid Stock Exchange 1997).

These photos, taken in 1983 during one of Adolfo Dominguez’s first fashion shows in Madrid, showcase how the designer from Galicia veritably changed the way Spanish men and women dressed in the 80s, what the designer refers to as the relevant minority. This happens only very occasionally, when a fashion designer tunes into the same wavelength as his consumers and establishes an understanding.

Adolfo Dominguez created not only fashion trends he also upgraded linen as a key fabric in his casual style collections for men and women. Linen was then a material not much used in fashion collections as it wrinkled easily. However, it was acknowledged as a very wearable fabric in hot and balmy climates. The designer then coined his instantly notorious phrase “the wrinkle is beautiful”, a reference not only to the characteristics of linen but also to natural styles and a conviction that fashion is like a second skin.

The wrinkle is beautiful

This phrase also defines the innovative ideology of Adolfo Dominguez with regard to fashion communication. Clear messages, in a direct and honest dialogue with the consumer, is the basis of the fashion brand’s Communication and PR strategies. An ideology that continues to be applied as evidenced by its latest campaign entitled “Think. Then Buy“. The fashion brand promotes responsible consumption of fashion products in line with the slow fashion philosophy that invites us to buy clothes that will last in our closets and in our lives.

Now that everyone is talking about the digital transformation of the Spanish fashion sector, ADOLFO DOMINGUEZ is making the most of the advantages and opportunities presented by the new digital tools. These, together with the fashion brand’s mindset are leading ADOLFO DOMINGUEZ to be ready to tune in with and dress the next generation in Spain and the world, and probably the next one as well.

ADOLFO DOMINGUEZ is a member of the Asociación de Creadores de Moda de España and of the Foro de Marcas Renombradas. 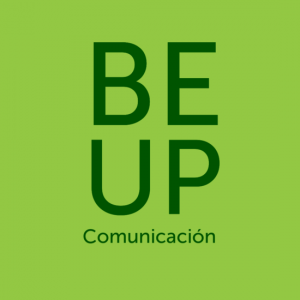